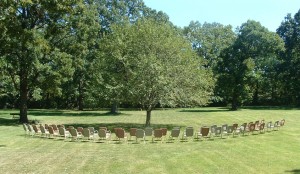 Founded in 1947, the camp is located on 30 beautiful acres. The camp has grown from its three original buildings to seven dorms, two staff houses including an infirmary, a large dining hall, director’s quarters, grounds keeper’s quarters, heated pool, and a recreational facility donated by the Ford Foundation. 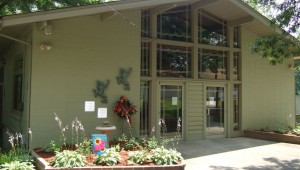 Ford Hall is the focal point for many of the camp programs. Various musical, dance, and theatrical groups perform in and outside of the facility. During days of inclement weather the campers have access to books, board games, a pool table, piano, and a television/VCR . The camps arts and crafts program is also centered here. 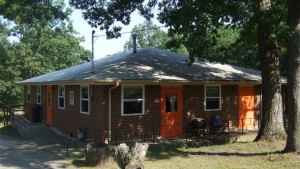 All of the buildings, except Ford Hall which is brick, are made of wood. This rustic look gives Shady Oaks its “summer camp” feel. Dorms can house between 7-10 campers per two week session. Each dorm also has a small room attached to it which serves as housing for the Head Dorm Counselor.

Shady Oaks is nestled in a forest of oak trees and surrounded by numerous small ponds. Various animal visitors including frogs, turtles, raccoons, mink, deer, birds, and an occasional fox can be observed on camp grounds from time to time. 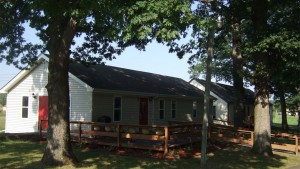